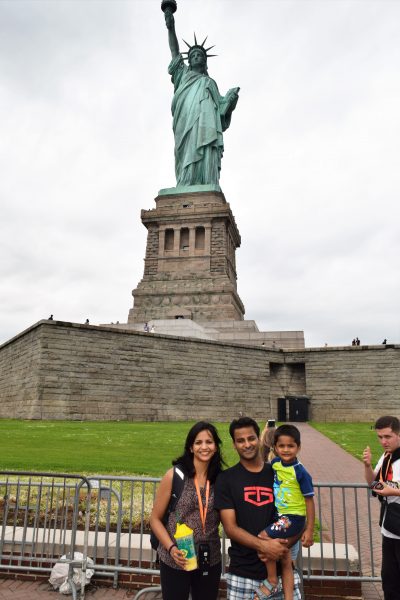 Dr. Mayank Aggarwal is a 2013 UF Department of Biochemistry and Molecular Biology graduate of Dr. Rob McKenna’s lab where his primary research focused on the structure-based drug design towards carbonic anhydrase inhibition.

Dr. Aggarwal is currently employed as a product manager and application scientist at Formulatrix, Inc. in Bedford, Massachusetts. Here at Formulatrix, Mayank manages two separate teams, each developing two different software systems, Rock Maker and Rock Imager, which are used in research labs that utilize their company’s protein crystallization automation solutions. Regarding his responsibilities, Mayank states, “My major responsibilities entail collecting customer feedback, prioritizing various new features, defining specific requirements for development by the software engineers, and ensuring their implementation in both software systems. I’ve been releasing at least two newer versions for each of the systems every year. In addition, I also provide online and on-site trainings to customers within and outside the United States.”

With regards to the impact of the Department’s contribution to preparing Mayank for his career path, he states, “The beauty of the BMB department is not that it helps you achieve your desired path, but it prepares you to achieve whatever you may desire at whichever phase of your life. I say that because most students don’t know what the future holds for them, they just like to go with the flow and take up the usual Ph.D. academic postdoc path, hoping to one day become an assistant professor. But with experience and maturity, as one’s mind becomes more informed, desires change.”

Dr. Aggarwal also says that his career path has taken him from a Ph.D. student to a non-postdoc position of an independent scientist at a national lab (which he ways was amazing and scary at the same time), to a non-research position in industry. He says…

“It wouldn’t be incorrect to say that I had the opportunity to taste different waters. The knowledge and exposure provided by various highly qualified and helpful professors, journal clubs, seminars, and symposiums at the BMB has helped in an enormous way to develop character within me. It’s hard to quantify how much it has helped me, but it is impossible to imagine my present without my past in the BMB.”

Mayank grew up in the city of Delhi, India. He reflects that “I was always a city boy but 10 years of living in small towns in the US changed me completely. Even though it’s been a year since I moved to the Boston area, I’m still not used to the traffic and fast-paced life. My wife, Malvika, and I have a 3.5-year-old son, Parth, and he’s as naughty as a boy of his age could be; however, I’m told he did NOT get this from me.”