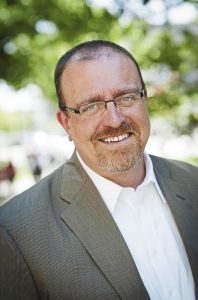 In August 2017, Dr. Malandro became the Vice President of Operations at the Chan Zuckerberg Science Initiative, based in Palo Alto, CA. In this position, Dr. Malandro serves as part of the CZI team to partner and support novel advances in scientific research. Researchers around the world are dramatically expanding the understanding of the science behind medicine. To accelerate this progress, the goals of this Initiative include bringing together scientists and engineers in new ways, creating computational and experimental tools to empower the scientific community and building a movement to support basic scientific research. For an overview of the Chan Zuckerberg Initiative, view this video.

Dr. Malandro’s expertise is at the interface of philanthropy, science, business and law including grant funding and partnerships, technology transfer, commercialization of technologies based on academic research, intellectual property, innovation and entrepreneurship, licensing, new company formation and partnership-alliance management.

It’s exciting to see our Gator BMB graduates’ involvement in movements and initiatives that have the potential for impacting the world in this significant way – making every scientist a better scientist!